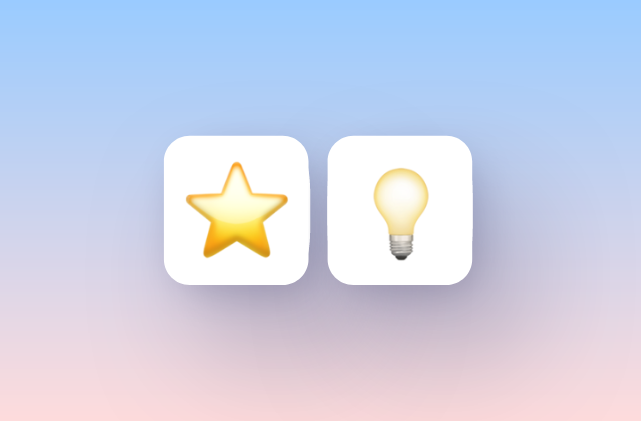 The creative environment in Ukraine benefits from the development of professional platforms, emerging creative hubs and other forms of creative cooperation, which addresses needs of entrepreneurs.

Big cities have been particularly vibrant with a rise of co-working spaces, hubs, anti-cafes, and other initiatives. These centres offer diverse services and facilities to nurture the creative ecosystem. 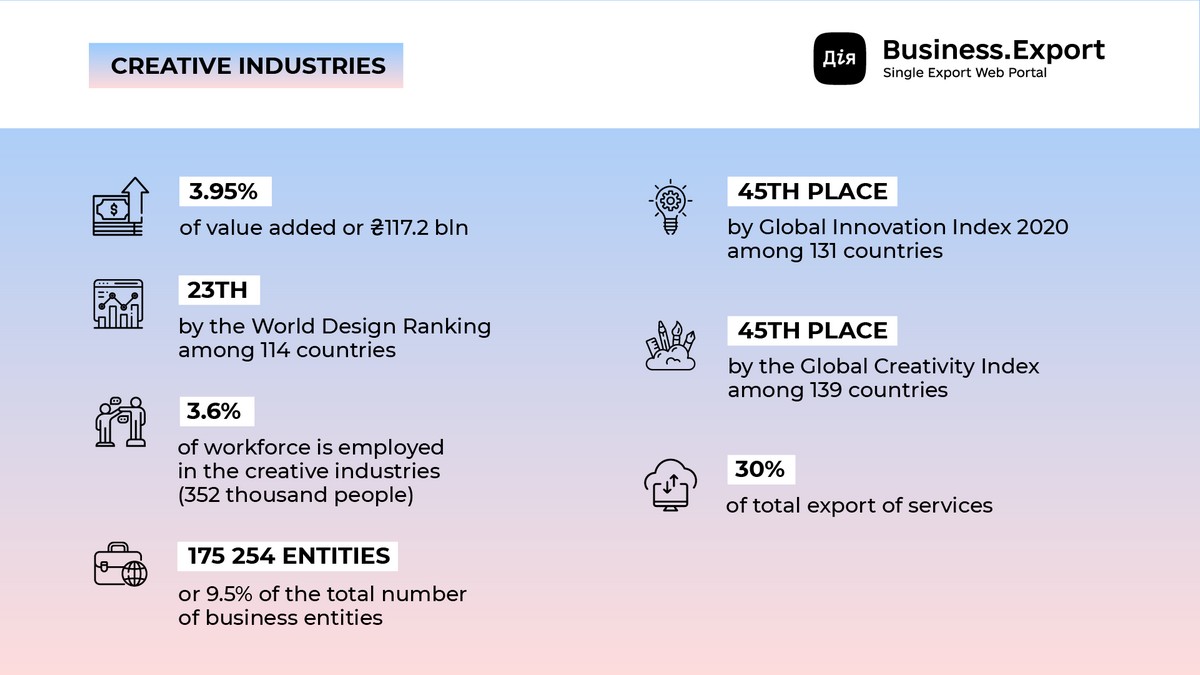 Audiovisual industry represents a promising domain to drive the development of a diverse range of creative subsectors in Ukraine.

As it has the potential to bring together other creative industries within its value chain (soundtrack, costume design, scriptwriting, set design, storyboarding, animation SFX), the audiovisual industry is seen as a core subsector across creative industries.

GlobalLogic Ukraine’s technologies are used by musicians such as Coldplay and Linkin Park, and for creating musical soundtracks for movies such as The Hobbit and Jurassic World/

Technical solutions were used in movies:

Ukraine is becoming an important location for filming as country offers versatile scenery: from picturesque mountains, seaside, forests steppes and even deserts, castles and fortresses of various architectural styles to industrial numerous industrial locations and the famous Chernobyl zone and the «Dead City» of Pripyat».

Netflix and HBO screen in Ukraine films and serials and Ukrainian production companies work with the global film majors and top international brands.

Some of music video clips shot in Ukraine:

The music industry in Ukraine has become diverse and experimental as never before.

It's widely known that one of the world's most famous Christmas songs - The Carol of the Bells – was based on the Ukrainian song Shchedryk, written in 1916 by composer Mykola Leontovich, which was in turn based on the melody and lyrics of a pre-Christian folk song. Today Ukrainian academic music is presented by well-known for classical music lovers Borys Lyatoshynsky, Valentyn Silvestrov, Yevhen Stankovych and other. Oksana Lyniv – an internationally renowned conductor who is the first female conductor in the history of the Bayreuth Opera Festival.

What makes modern Ukrainian music special is the mixing of folk tunes and ethno motives with new genres like electronic music and hip-hop. Check out world-renowned singers and bands like Onuka, Dakha Brakha, Go_A, Crimean Tatar singer, Jamala and others.

Ukrainian Institute created a catalogue of bands and performers representing contemporary academic, jazz, and mainstream music. Check it to add something new to your playlist.

Ukrainian publishing industry and the book market significantly started to grow and develop since 2014. The progress affects almost every sphere of the sector including publishing, printing, distribution, selling/buying rights and specialized events. Despite the COVID-19, the year 2020 was a record year for selling rights of Ukrainian authors.

The publishing industry in Ukraine has lots of facets which might be of interest to foreign partners, as far as it is characterized by:

Ukrainian Book Institute (UBI) — is a state institution under the Ministry of Culture of Ukraine. It is designed to shape state policy in the book industry, promote book reading in Ukraine, support book publishing, encourage translation activities, and popularize Ukrainian literature abroad.

Ukrainian Publishers and Booksellers Association (UPBA) — is an all-Ukrainian charitable organization established on the basis of legality, humanity, common interests and equality of rights of its members, voluntariness, self-government and transparency, to ensure charitable activities in the interests of publishing and book distribution in Ukraine.

For more information about Ukrainian publishing read the review of the sector here.

This creative industry includes 5 types of economic activity – Activities of news agencies, Activities in the field of public relations, Research and experimental development in the field of social sciences and humanities, Advertising agencies and Mediation in advertising in the media.

With the growing demand for marketing needs worldwide, art-directors, designers and illustrators create compelling content to communicate key messages through visual mediums, both for printed work and also online.

Banda – Ukrainian advertising agency clients which was recognised the most effective independent advertising agency in 20015 and 2020 according to Effie Index. Banda agency works with 15 countries around the world, creative advertising for Borjomi, Eurovision song contest, UBER, Ashtik etc.

In recent decades, Ukrainian fashion has become a full-fledged component of the creative industry. Fashion design includes textiles, models, shoes, jewellery, accessories and other interior items, other fashion goods as well as personal or household goods.

It is a unique event in Ukraine that corresponds entirely to the world standards for prêt-a-porter shows, takes place twice a year, gathers more than 60 participants, accredits more than 200 Ukrainian and international mass media and is attended by over 20000 guests every time. You can learn more about the new generation of Ukrainian fashion designers on Ukrainian fashion week website.

That is why crafts express the continuity, identity and cultural diversity of a particular region or community.

Ukraine is famous for:

Among them are the following arts:

The tradition of Kosiv painted ceramics – which include dishes, ceremonial items, toys and tiles – arose in the 18th century, reaching its golden age in the mid-19th century.

The ceramics are used in everyday life and have a practical and artistic value. Masters work in family workshops and small craft workshops and the practice constitutes an identity marker and sign of affiliation with the community. Please click here to learn more.

Petrykivka painting is the Ukrainian arts and crafts patterned folk style that originated from the village of Petrykivka village.

Today the «Petrykivka» Center of Folk Art operates in the village, which brings together about 40 famous masters of Petrykivka painting. Please click here to learn more.